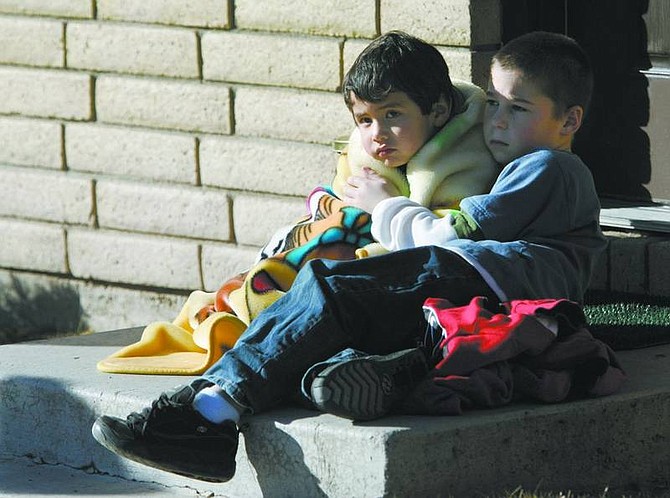 One of five children evacuated from a Woodside Drive apartment is comforted by a friend Friday afternoon following a fire that destroyed one room of the family&#039;s apartment.