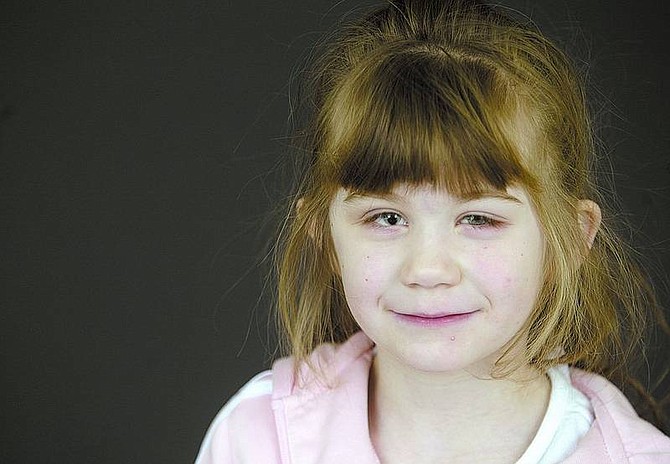 Shannon Litz/Nevada Appeal News Service Trisha Tompkins had a prosthesis put into the socket of her left eye last week to help maintain the integrity of the socket which was deteriorating.