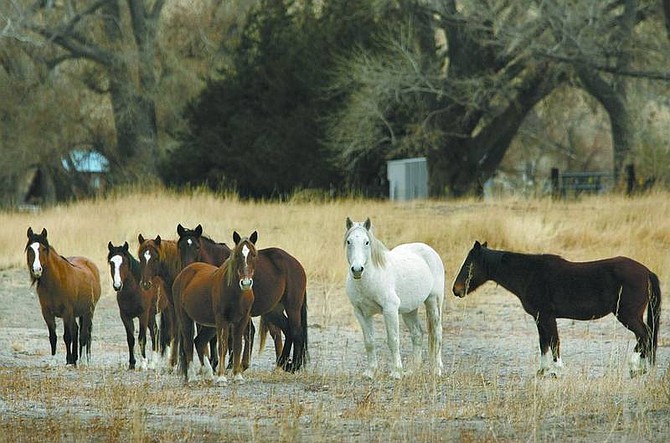 A herd of wild horses graze at Santa Maria Ranch development east of Dayton in December, before being rounded up by the state Department of Agriculture. Wild-horse advocates plan to mount an aggressive campaign to inform the public about fence-out laws and pressure county officials to enforce them. Cathleen Allison/ Nevada Appeal File Photo