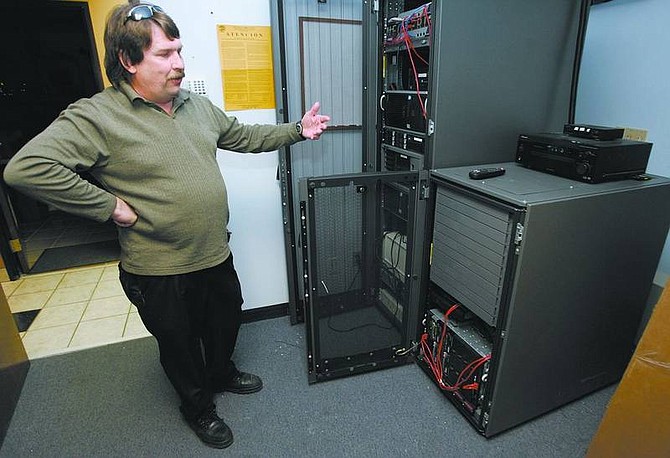 Cathleen Allison/Nevada Appeal Ron Baker, with JFG Systems Inc. of Carson City, talks about the impact the changes in daylight-saving time will have on computerized equipment and &quot;anything with a calendar.&quot;