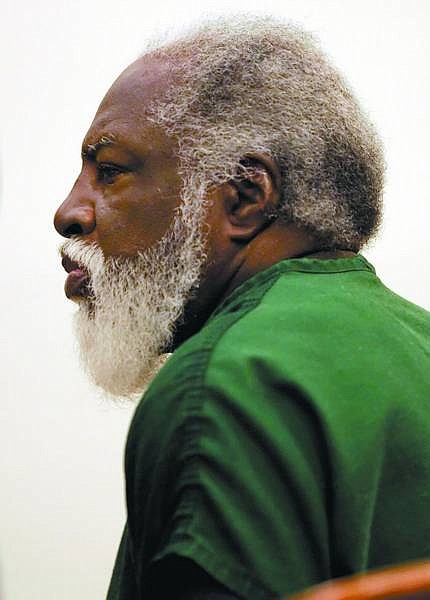 Chad Lundquist/Nevada Appeal A monthlong trial to begin April 3 was set Monday for David Winfield Mitchell, 61. He is charged with open murder in the 1982 killing of Sheila Jo Harris in Carson City. A citizen of Trinidad and Tobago in the West Indies, he was returned to the U.S. to face the charge in October.