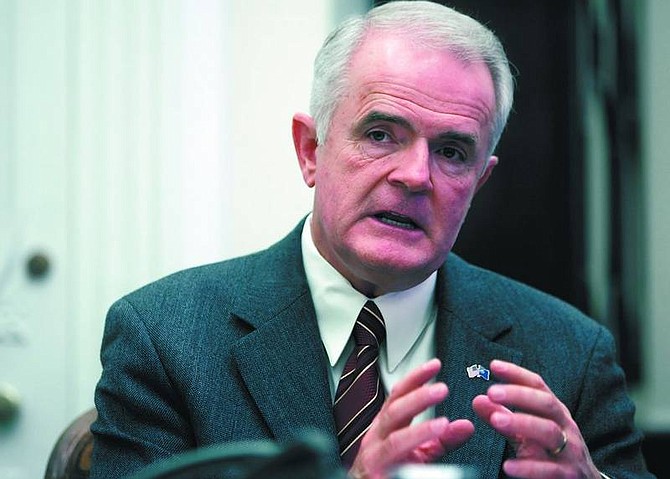 Chad Lundquist/Nevada Appeal Gov. Jim Gibbons&#039; talks about his school empowerment plan during a press conference Tuesday at the Capital. The proposal, which will cost a total of $60.7 million over the next two years, will give 100 Nevada schools the freedom to set their own schedules, curriculum and incentives.