In the kitchen with Alyssa 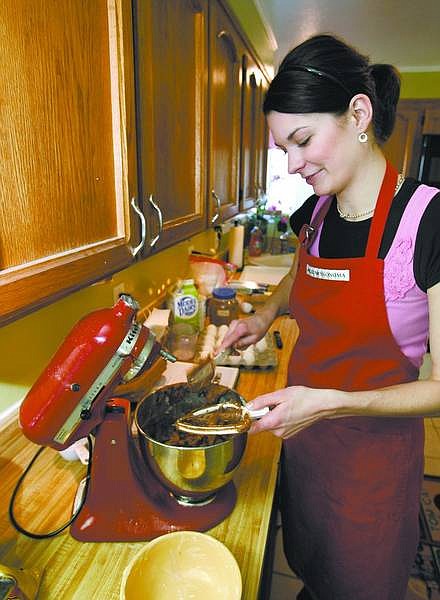 Cathleen Allison/Nevada Appeal Alyssa Harrison makes a cake for a friend in her Carson City home. Harrison bakes wedding cakes and eclectic desserts out of a local commercial kitchen for the new baking business she and her mother Nanci Boehmer started in December.