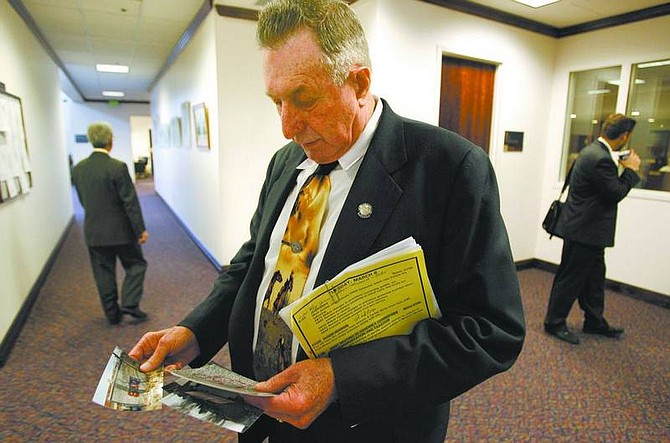 Cathleen Allison/Nevada Appeal Nevada Assemblyman John Carpenter, R-Elko, prepares to talk Tuesday morning, at the Legislature in Carson City about the ongoing graffiti problems at a park near his rural Nevada home. Carpenter was pushing for tougher penalties in a bill that would mandate lengthy community service sentences and loss of driving privileges for those convicted of vandalizing property with graffiti.