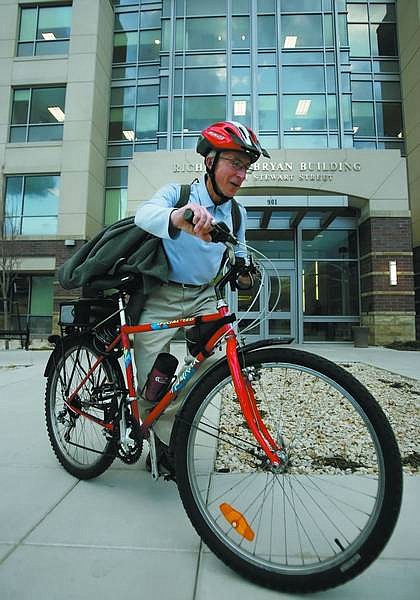 Chad Lundquist/Nevada Appeal Ed Skudlarek, wetlands conservation planner for the Nevada Natural Heritage Program, rides his bike to work eighty percent of the time. Skudlarek says, the only thing that stops him from the five mile commute is snow and ice, in which case he makes the trip by foot.