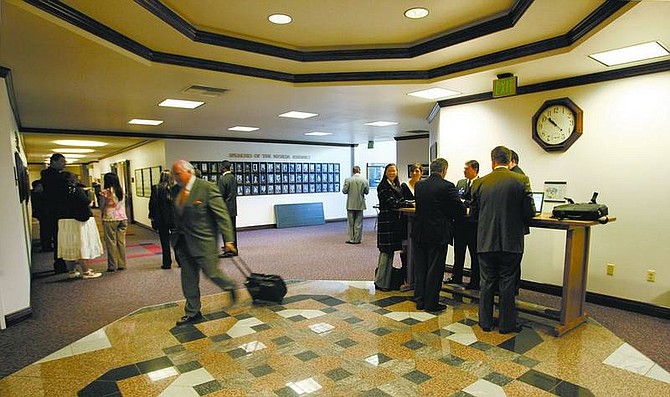 Cathleen Allison/Nevada Appeal Lobbyists gather at the Legislature on Wednesday morning. Floor sessions begin most weekdays at 11 a.m., attracting lobbyists to the entrances to both chambers.