Outfitting a house for the environment 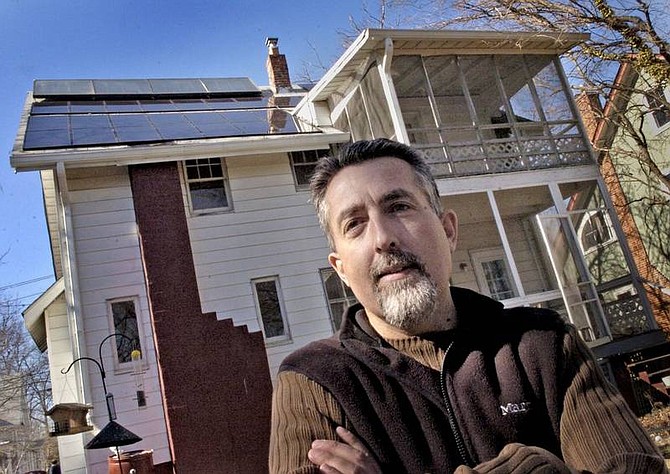 Solar panels for generating electricity and heating water are on the roof behind Mike Tidwell, an environmental activist living in Takoma Park, Md. Tidwell&#039;s house, once an ordinary 1915 bungalow, has become perhaps the closest thing to a &quot;zero-carbon&quot; home in his region. Illustrates ENERGY-HOME (category a), by David A. Fahrenthold (c) 2007, The Washington Post. Moved Tuesday, March 6, 2007. (MUST CREDIT: Washington Post photo by Gerald Martineau.)