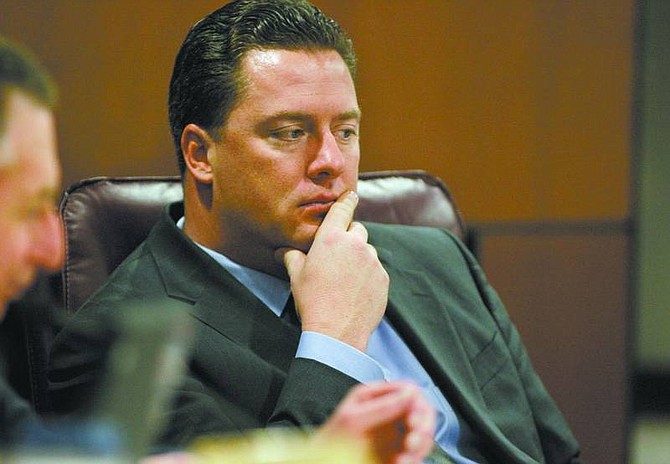 Cathleen Allison/Nevada Appeal Nevada Assemblyman John Oceguera, D-Las Vegas, listens to testimony during the Assembly Judiciary committee Friday at the Legislature. Oceguera proposed a measure that would increase the penalties for certain acts of terrorism and make hoax terrorism efforts a crime.