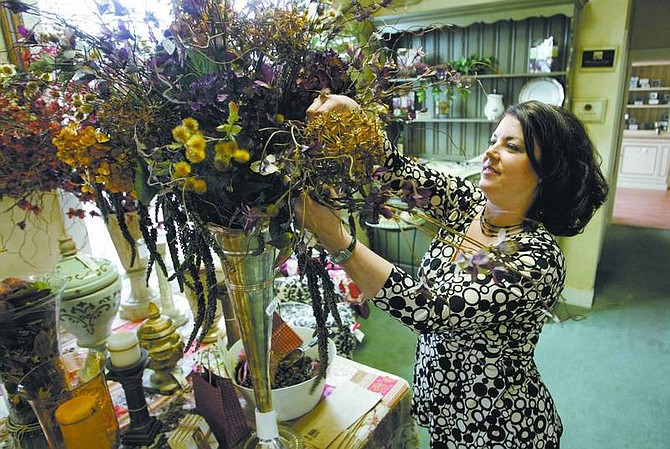 Cathleen Allison/Nevada Appeal Heather Blueberg, co-owner of Chateau Bliss, works on a flower arrangement Friday at the Carson City shop. After three years, the boutique has closed its doors.