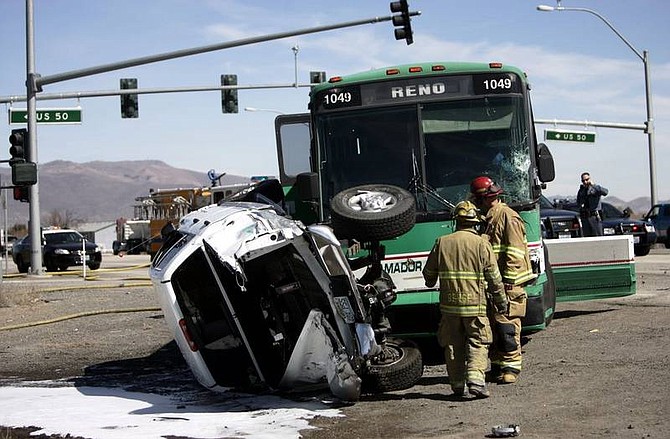 Chad Lundquist/Nevada Appeal Firefighters work at the site of a three vehicle accident that occurred at the bottom of Spooner Summit on Monday afternoon. One person was transported by helicopter to Renown Regional Medical Center with moderate injuries.