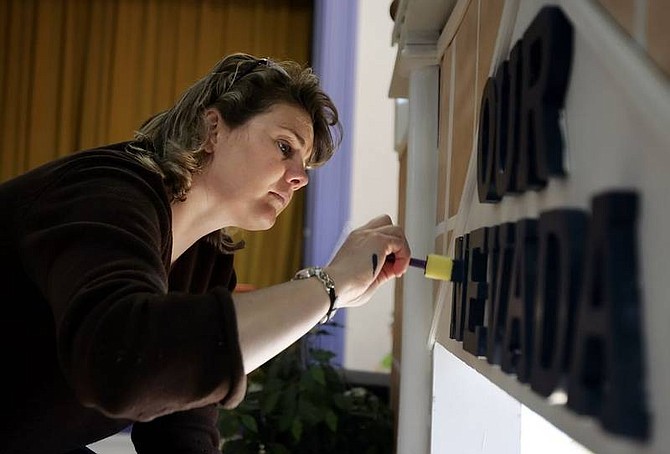 Chad Lundquist/Nevada Appeal Erin Lehman, interim executive director for the Children&#039;s Museum of Northern Nevada, works on &quot;Our Nevada,&quot; a new display that will focus on history, government and a host of other Silver State topics.