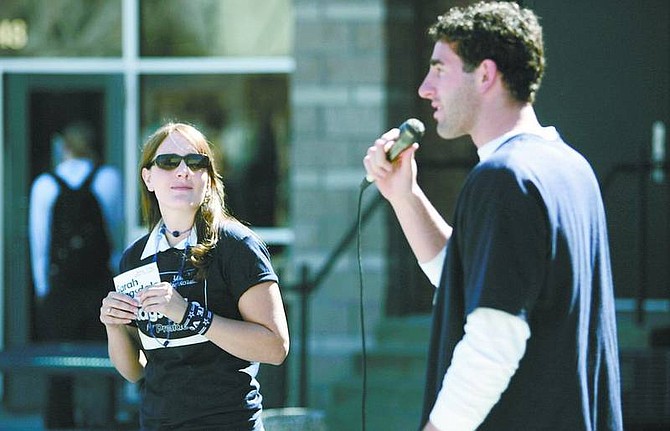 Cathleen Allison/Nevada Appeal Wolf Pack quarterback Jeff Rowe speaks at a rally last week in support of his cousin Sarah Ragsdale, left, who is running for president of the Associated Students of the University of Nevada, Reno. Ragsdale, a 2004 Carson High School graduate, is hoping to become only the sixth female president in the school&#039;s history.