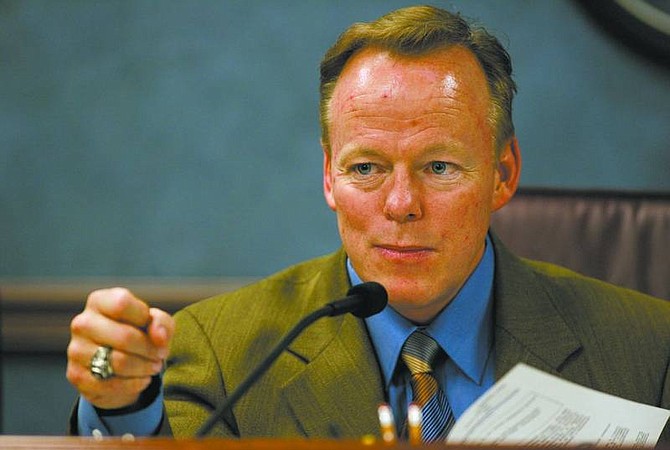 Cathleen Allison/Associated Press Nevada Sen. Dennis Nolan, R-Las Vegas, speaks during the Senate Transportation committee hearing Tuesday afternoon at the Legislature. The committee approved two bills, one making failure to wear a safety belt a primary offense, and another which would allow the use of red light cameras.