Wall find may date back to 1870s mine 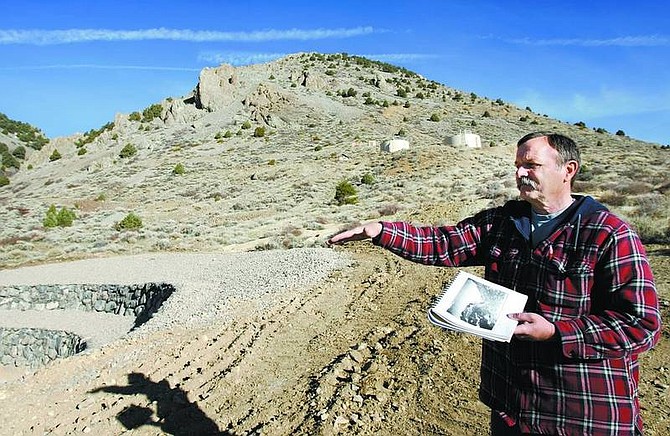 Chad Lundquist/Nevada Appeal Archeologist Pete Matranga compares the similarities of historic photos and the area&#039;s landmarks which helped identify remnants of what is believed to be the old Bullion mine. The site that the artifacts were found on is destined to hold Storey County&#039;s new water tower.