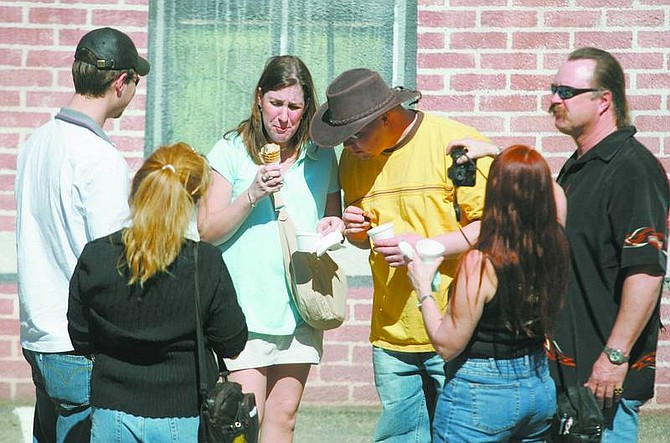 Photos by BRAD HOrn/Nevada Appeal ABOVE:Emily Schoen reacts to eating a mountain oyster while her husband, Scott, in cowboy hat, watches, and friends take pictures at the Mountain Oyster Fry in Virginia City on Saturday. The group, all from Madison, Wisc., are staying in Reno for a convention. Scott Schoen said that once he heard about the event featuring concoctions from sheep testicles he made plans to attend the unusual gathering for the first time. His wife washed the taste down with ice cream. BELOW: John Wood, center, fries mountain oysters while customers wait.