Lessons on Alaska from a pair of hairy teachers 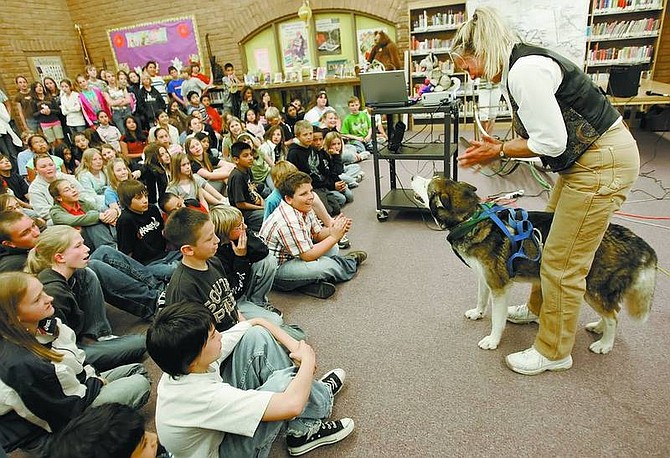 Chad Lundquist/Nevada Appeal Lorraine Temple of Homer, Alaska, and her husky, Buckeye, demonstrate how a sled dog harness works during a presentation at Eagle Valley Middle School on Tuesday.