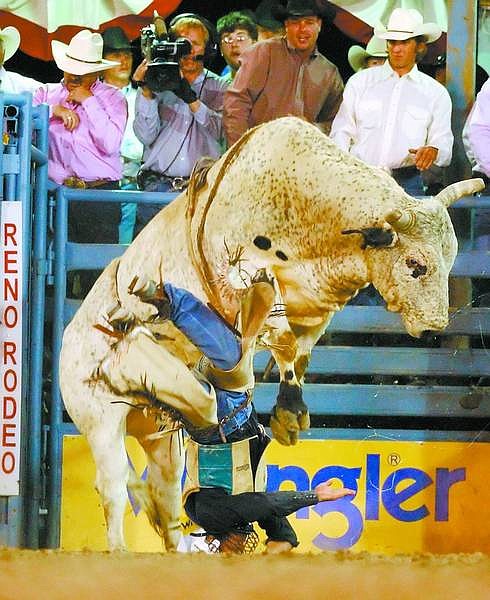 This photo by Nevada Appeal photographer Brad Horn won first-place for best sports photo in The Associated Press News Executives Council&#039;s annual contest. The photo is of James Miyagishima as he is thrown from his bull during the bullriding event at the Reno Rodeo on June 25 at the Reno Livestock Events Center.