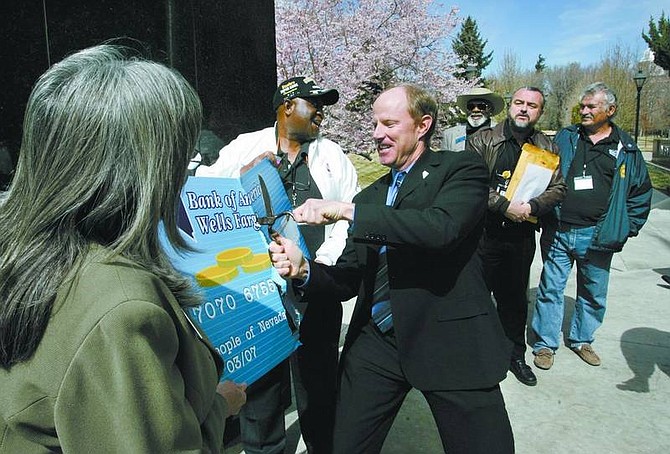 Cathleen Allison/Nevada Appeal Bob Fulkerson, of the Progressive Leadership Alliance of Nevada, center, uses garden shears to cut up a mock credit card during a press conference in front of the Legislature on Thursday afternoon. Jan Gilbert, left, also with PLAN, and Edward Watson helped hold the card. Critics held the press conference to show opposition to a proposal that would repeal two excise taxes imposed on banks in 2003.