Lights, camera, action on the lawn of the Legislature 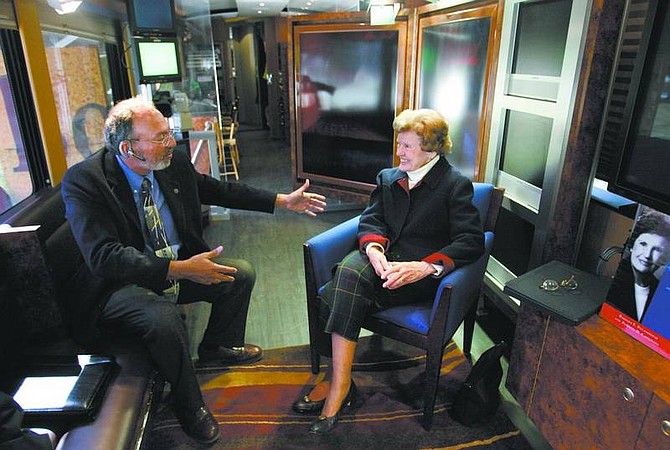 Cathleen Allison/Nevada Appeal George Jostlin, with Charter Communications, talks with former Congresswoman Barbara Vucanovich Friday on the Book TV bus in the Legislative Plaza. Vucanovich is one of 2,500 authors to be featured on the program this year.