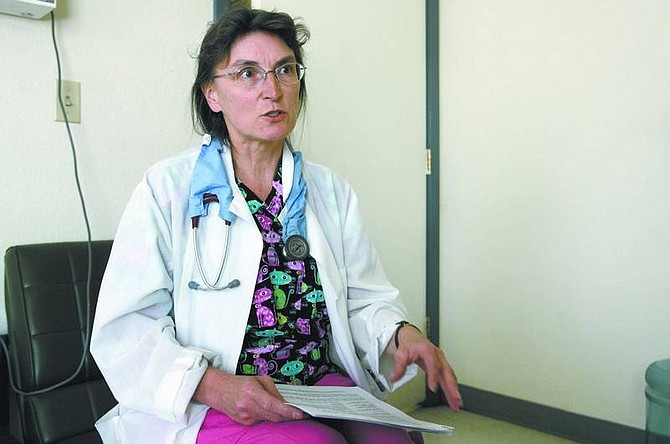 Cathleen Allison/Nevada Appeal Dr. Pamela Jahn, of Carson-Tahoe Veterinary Hospital, talks Thursday about a local cat that died this week of renal failure. The cat&#039;s death is suspected to be connected with massive contamination of pet food.