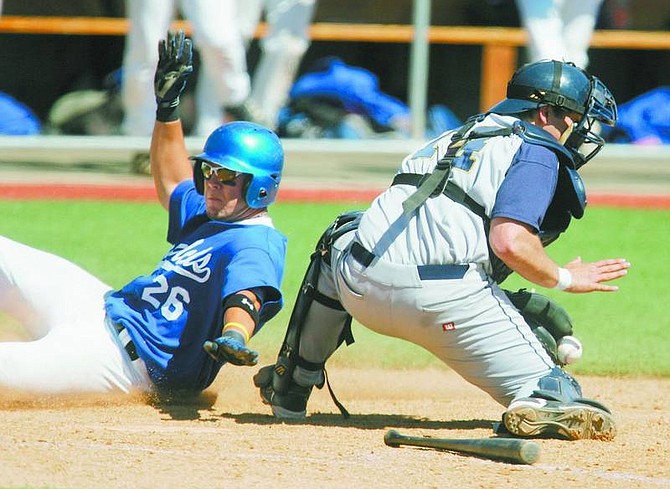 BRAD HORN/Nevada Appeal Pat Grennan, of Las Vegas, slides safely into home during the Wildcats game against the College of Eastern Utah on Friday.