A fiery end for the Mustang Ranch 2 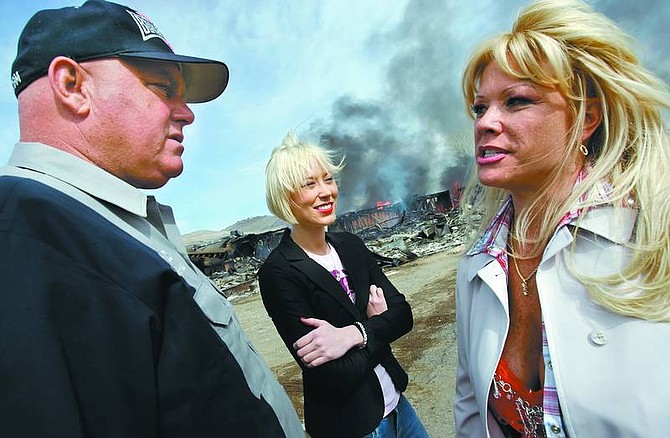 Chad Lundquist/Nevada Appeal Moonlite BunnyRanch brothel owner Dennis Hof talks with two of his working girls Brooke Taylor, center, and a woman who identified herself as &quot;Air Force Amy,&quot; right, as the remains of the former Mustang Ranch 2 brothel burns during a training exercise on Sunday.