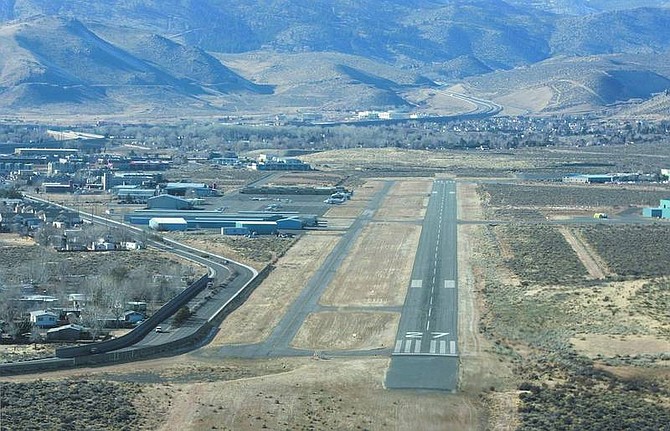 Cathleen Allison/Nevada Appeal Looking west on approach at the landing strip at the Carson City Airport, as seen from the air. The airport&#039;s master plan calls for realigning the runway more to the north, so aircraft fly over the Empire Ranch Golf Course instead of homes.