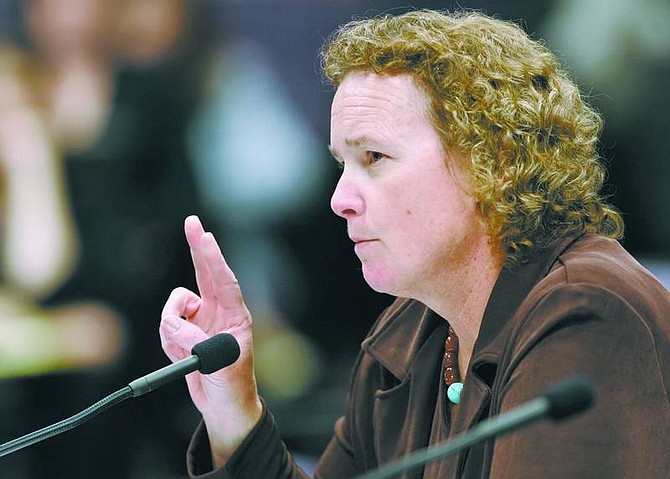 Chad Lundquist/Nevada Appeal Assemblywoman Sheila Leslie, D-Reno, speaks to Assembly Commerce and Labor Committee on AB115 at the Legislature on Monday. The bill will change the monitoring of mercury released during mining.