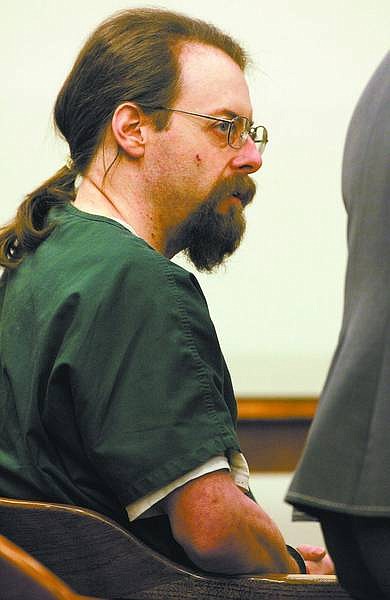 Jason Excell, shown at his sentencing Tuesday, will spend up to 18 years in prison for possessing hundreds of images of child pornography. Cathleen Allison/ Nevada Appeal