Darrell Rasner going for a spot in rotation 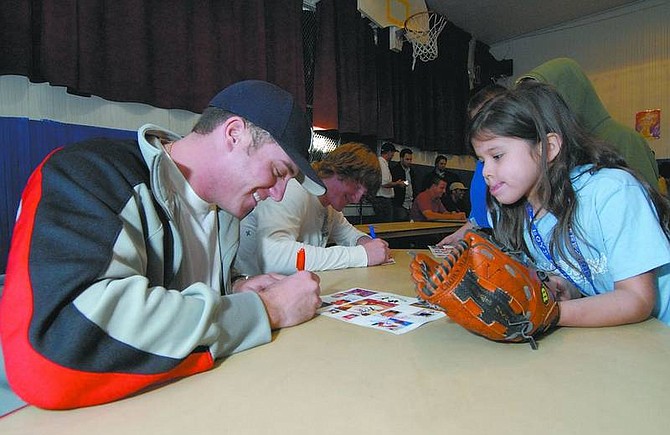 Published Caption: Published Caption: Kevin Clifford/Nevada Appeal Ryan Sanchez, 7, right, watches as Darrell Rasner signs an autograph for her Friday afternoon at the Boys and Girls Club in Carson City. Darrell and Jake Rasner, natives of Carson City, are two of several professional baseball players that are holding a clinic to raise funds for a new baseball field for the Boys and Girls Club.