Goddess of Drum throbs at Brewery 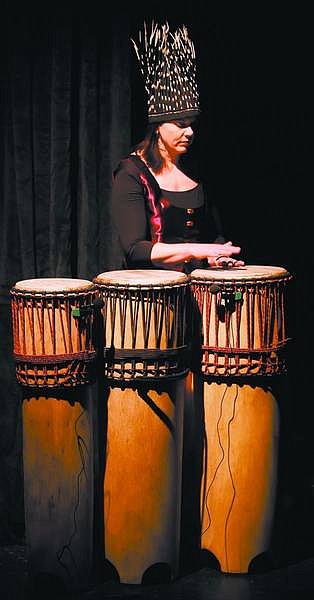 Chad Lundquist/Nevada Appeal Liz Broscoe, of South Lake Tahoe, rehearses her part in &quot;Durga: Goddess of the Drum&quot; at the Brewery Arts Center Performance Hall on Tuesday. The narrated multimedia performance features a mix of film, music and dance. The show opens Friday at 7:30 p.m. and plays again at that time on Saturday and 2 p.m. Sunday at the BAC Performance Hall.