Kicking butts at the Legislature 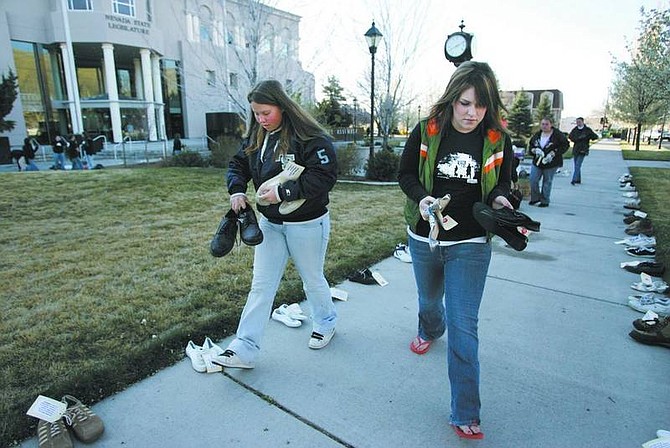 Photos by Cathleen Allison/Nevada Appeal Katie Mandoki, 15, left, and Kim Burke, 17, joined about 100 students from around Northern Nevada for &quot;Kick Butts Day&quot; at the Legislature on Wednesday to promote awareness and support for tobacco-prevention programs.