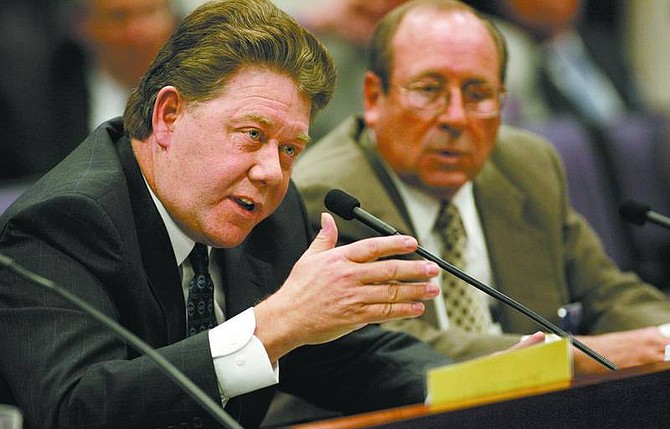 Cathleen Allison/Nevada Appeal Mark Mowatt, left, and Bob Ostrovsky testify during the Assembly Commerce and Labor committee hearing Wednesday at the Legislature. Lawmakers are considering a measure that targets payday loan businesses that are evading controls imposed by Nevada legislators in 2005.