Wonder Woman and Superman got nothing on these heroes 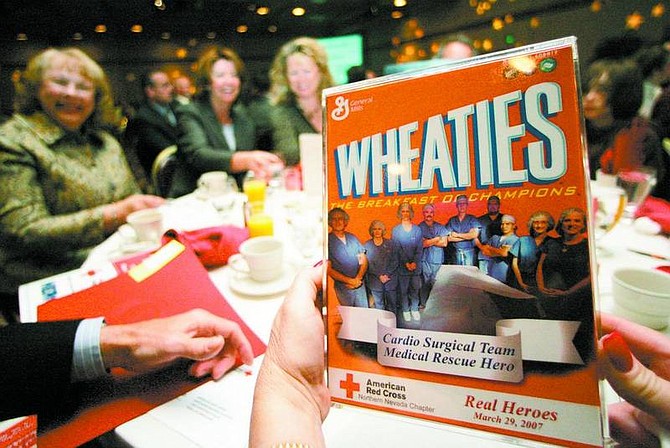 A member of the Carson Tahoe Regional Medical Center&#039;s Cardio Surgical Team displays the team&#039;s photo on the cover of a Wheaties box during the Red Cross Real Heroes Breakfast on Thursday at Harrah&#039;s inReno. The team was nominated and won for saving Chris Campos&#039; life during emergency surgery for an aortic aneurysm.