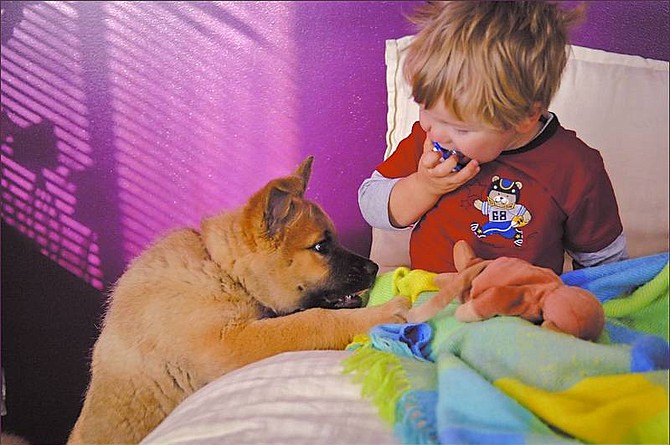 Photo provided by Slava Kolupaev Dinga, and Anton Kolupaev, 2, at the Kolupaev home recently. Dinga was hit and killed by a car while the family was crossing Northgate Lane southbound at College Parkway.