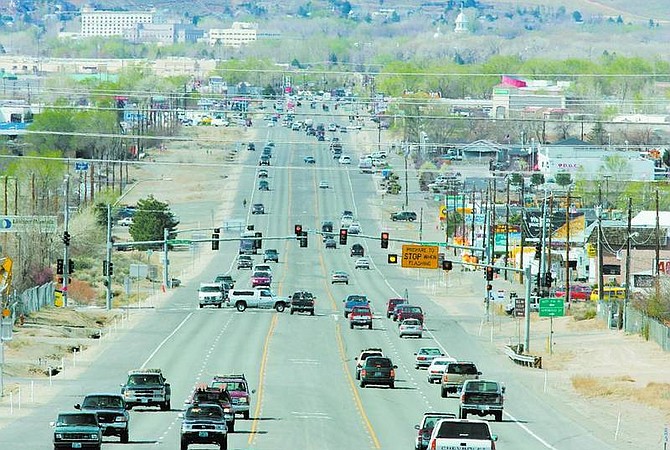 BRAD HORN/Nevada Appeal The Nevada Department of Transportation ran bus tours along Highway 50 between Carson City and the junction with Highway 50A on Saturday as a way to get feedback from area residents about their concerns with the highway&#039;s increased traffic.