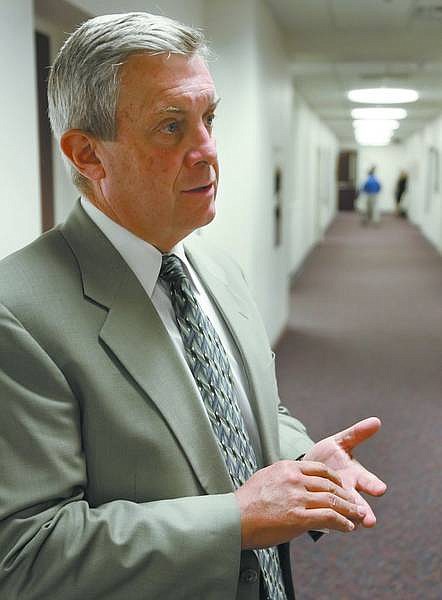 Chad Lundquist/Nevada Appeal Nevada Supreme Court Justice Jim Hardesty talks about his request to revise Nevada&#039;s drug sentencing laws at the Legislature on Monday. Hardesty said that allowing judges to deviate from the rules, with findings, is similar to how sentencing guidelines are used in federal courts.