From cheesy biscuits to gizzards, readers serve up their holiday favorites 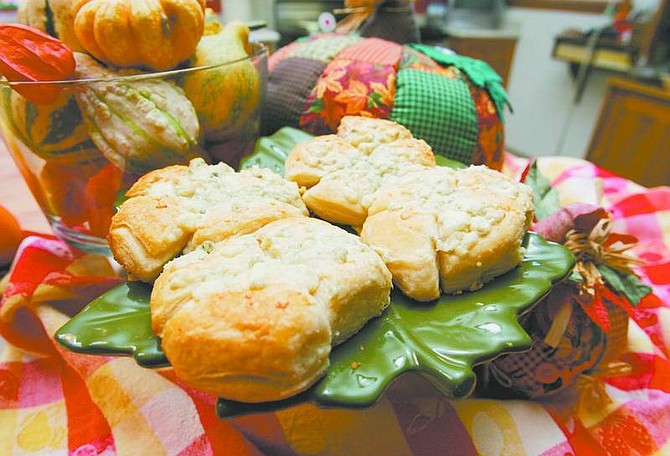 BRAD HORN/Nevada Appeal These Blue Cheese Muffins baked up by Linda Marrone are from Lorna Doerr of Gardnerville. Doerr said they are favorites of her husband.