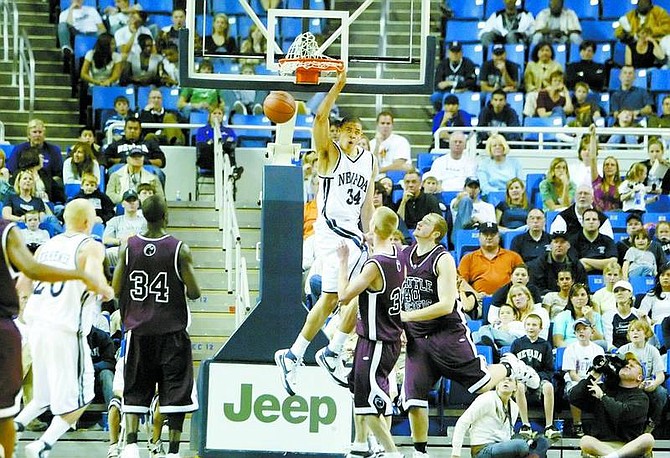 BRAD HORN/Nevada Appeal Nevada&#039;s JaVale McGee dunks the ball during the second half against Seattle Pacific in an exhibition game at Lawlor Events Center Saturday.