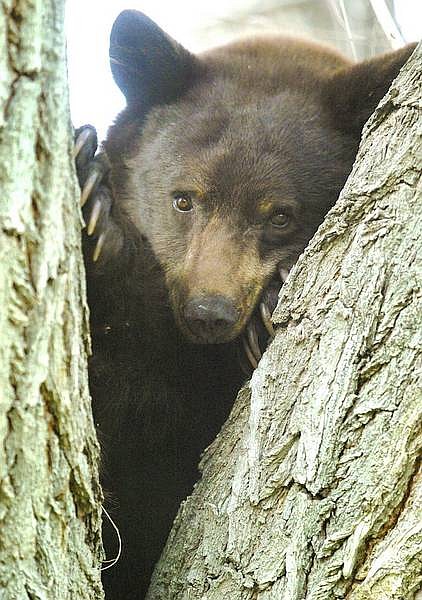 A bear sits in a tree on 10th Street in Minden on Monday afternoon.