Lesson in life without sight 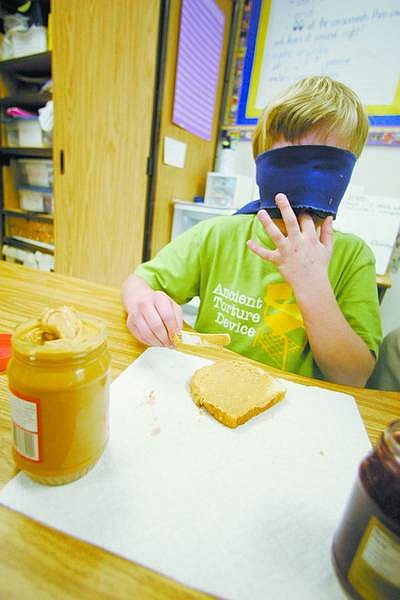 BRAD HORN/Nevada Appeal Brent Roberts, 10, makes a peanut butter and jelly sandwich with a blindfold at Fremont Elementary School on Wednesday. Gifted and talented students were learning what it is like without sight.