It's a Bonanza for Hess, Galena 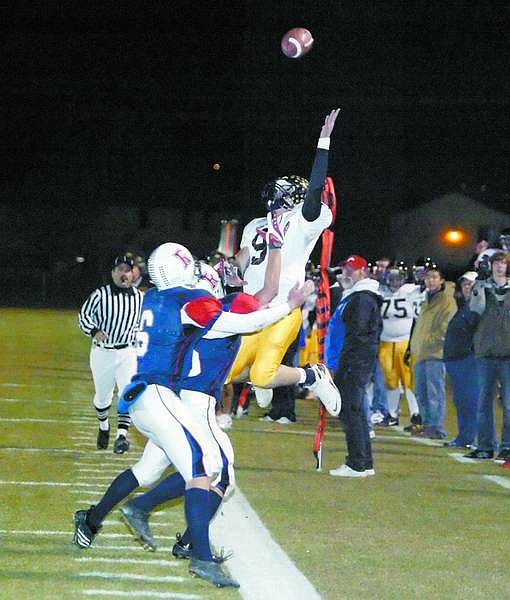 BRAD HORN/Nevada Appeal Galena quarterback Jacob Anderson reaches for a pass on a gadget play during their NIAA playoff game against the Reno Huskies on Friday in Reno.