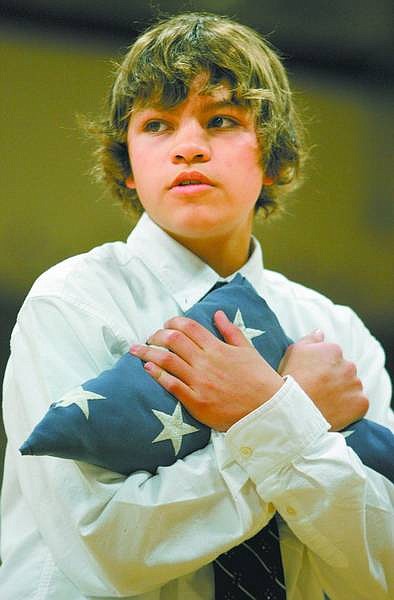 Jacob Branco, 13, holds a flag folded during the flag retirement ceremony. Students honored local veterans and folded flags to be presented for retirement.