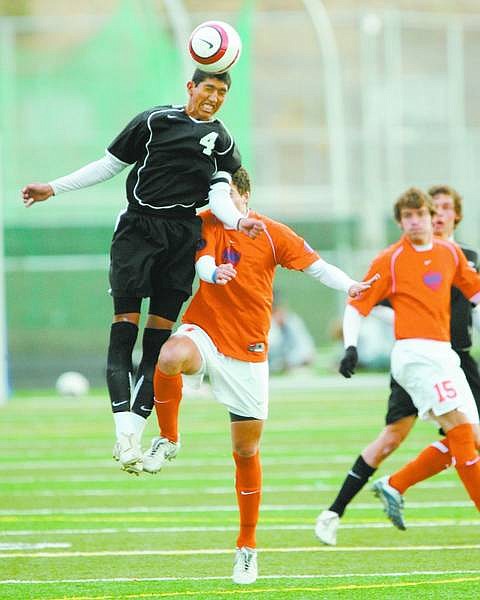 BRAD HORN/Nevada Appeal Douglas (No. 4) controls the ball for the Tigers in their Nevada State Championship game against Bishop Gorman at Damonte Ranch on Saturday.