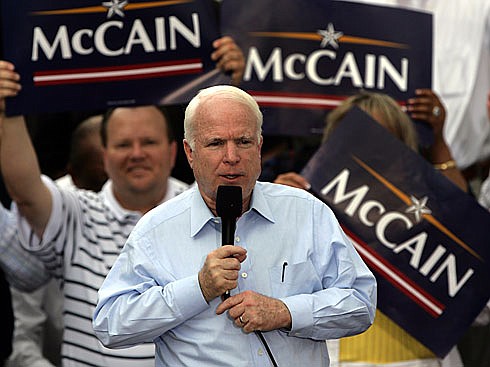 By Paul Connors, APMcCain addresses a group of supporters during a campaign stop April 28, 2007, in Tempe, Ariz.