'A natural' from day one 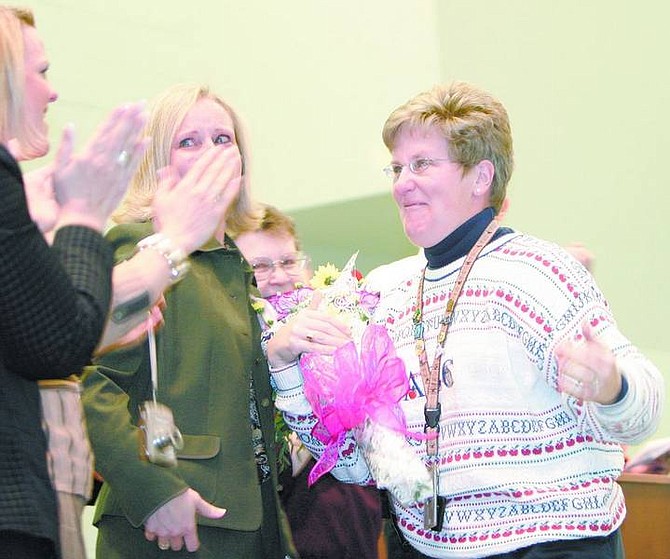 Amy Lisenbe/Nevada Appeal LeAnn Morris, right, a technology teacher at Empire Elementary School, is greeted by family and friends on stage during a school assembly Monday afternoon to announce Morris as the Nevada 2008 Teacher of the Year.