A birthday celebration that goes the distance 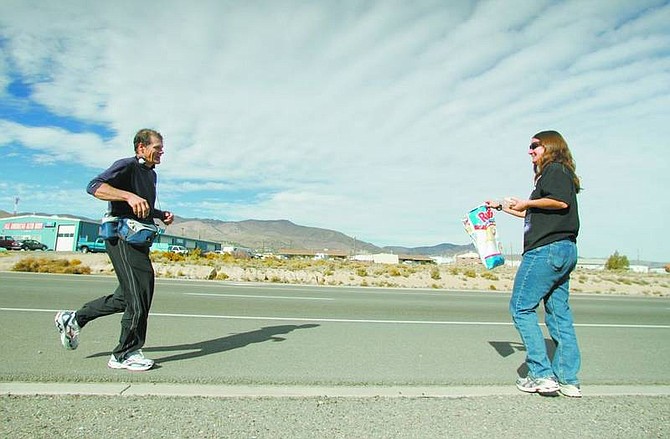 BRAD HORN/Nevada Appeal Donna Dutton waits with her husband&#039;s lunch along Highway 50 on Thursday while he makes his way through Mound House. Calvin Dutton, who received about 25 phone calls from family and friends during his birthday trek, decided he would run 50 miles to celebrate his 50th birthday.