Teen to be tried as adult in assault case 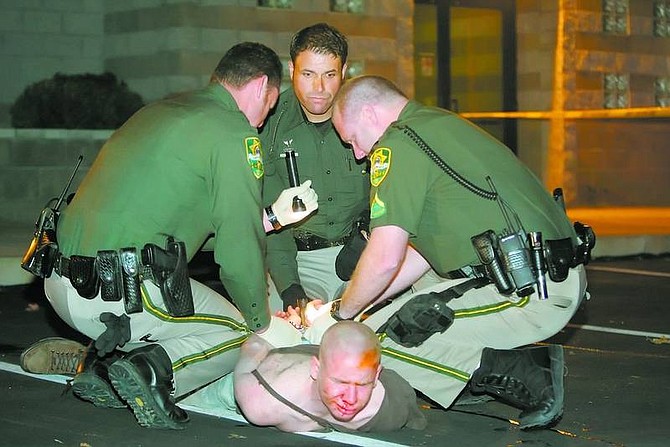 BRAD HORN/Nevada Appeal Carson City Sheriff&#039;s deputies detain Raymond Nattrass, 17, after he and two others allegedly jumped a Department of Public Safety peace officer and wrestled away his gun. This photograph was withheld from Thursday&#039;s paper after police reported that Nattrass was a juvenile. On Friday, Nattrass was certified as an adult, and will be tried as an adult on various felony charges, including principal to attempted murder.