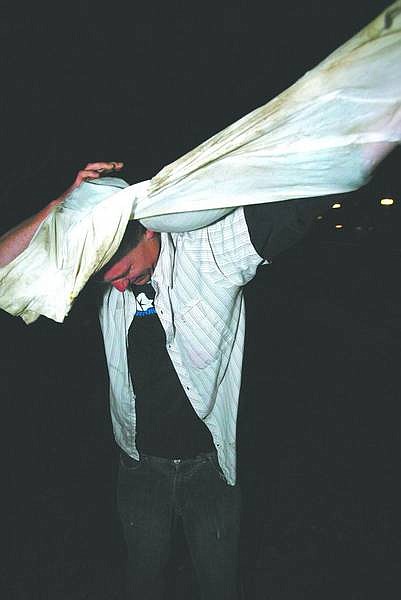 Dan Thrift/Nevada Appeal News Service Gavin Werner does his best to get into a frozen T-shirt Wednesday evening during a competition at the Pray for Snow party at the Fresh Ketch.