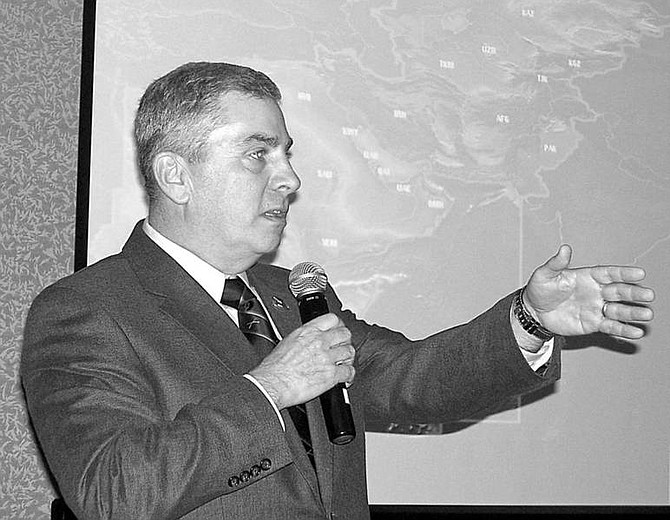 Karen Woodmansee/Nevada Appeal Gen. John Abizaid spoke to the Westmoreland Chapter of the Association of the United States Army on Monday at the Sands Regency in Reno. He said it will take a combination of military, diplomatic, private enterprise and patience to succeed in Iraq.